This is a quick fix for Astrostein (Mac Version) for ECWolf.  Just a quick little project to give me a short break from Noahpak.

This quick fix includes some placeholder graphics, as well as the shim to get the mac version working properly.
It also includes the sounds, which originally had to be pasted into a copy of the MacWolf binary, which will not work with ECWolf without replacing wolf3d.bin.  This essentially just makes the mod playable and fixes a few out of place gfx (not all).

Menu graphics adapted from WolfenDOOM Version of Astrostein, Wolf 3D, and the ECWolf Tech Demo by Executor.
Includes fonts from Tech Demo by Executor
Includes updated MacWolf title track (ogg format.  rest aren't included since original has custom music which I haven't figured out how to access yet)


This is only a temporary build, as this is designed for the crippled version currently
being run by the dev versions of ECWolf.  As such, this WILL NOT WORK with the official releases yet, only the dev versions
which support MacWolf.  Dev versions can be found at http://devbuilds.drdteam.org/ecwolf
Once MacWolf is offically supported, I will be updating this to work with that version./

This also includes the original Astrostein mod needed to run this fix, already MacBinary'd up.

This may be a side effect of my old ass computer but I have noticed
a slight lag while playing Astrostein.  I haven't experienced it with any
other mod except the mac version of the Astrostein mods, so I
assume that it is the large amount of custom assets in the original file.

The sounds for the missile launcher and flamer replacements don't work, but this seems to be because of ECWolf's incomplete status on MacWolf, since it doesn't work in Vanilla either.
I decided not to do decorate (yet) for this fix, so there is no way to fix it until I decide to

Not all sounds may be 100% exact, as I had to guess, since SheepShaver wants to be a little bitch about copying resources in ResEdit

I am aware that MacWolf is notoriously hard to find, but please do NOT ask me for any copies or where to download it.  I had to find my copy myself, which means you have to too!

To get a working version of MacWolf, you must MacBinary the original executable file and the scenario file for Second Encounter (should be a file that says "Second Encounter - 30 Levels) [that will give them the extension .bin].  Then, rename the binary "wolf3d.bin" and the scenario file "wolflvls.bin" and drop them into your ECWolf data folder (wherever you put your game files, i.e., VSWAP.WL6) 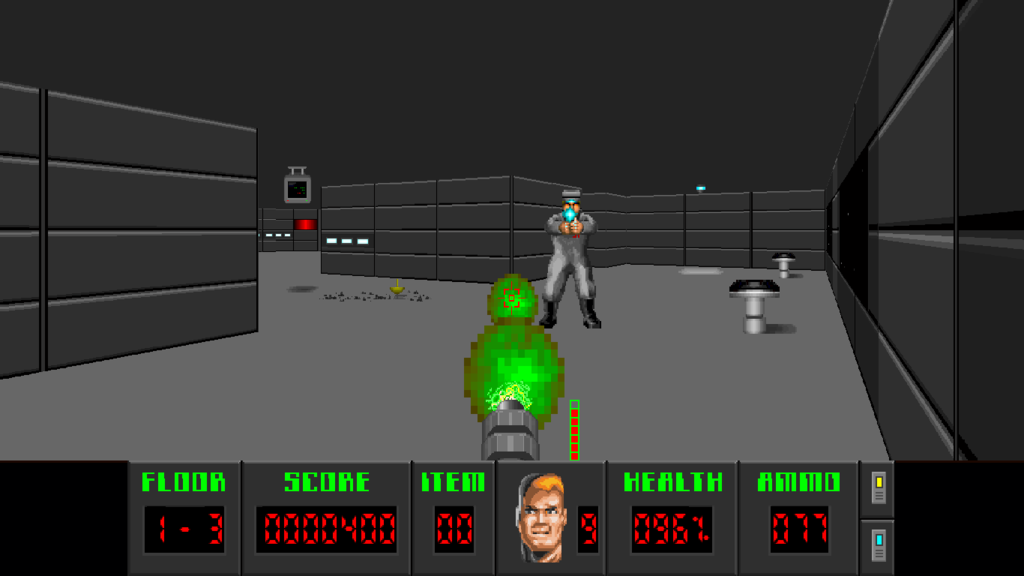 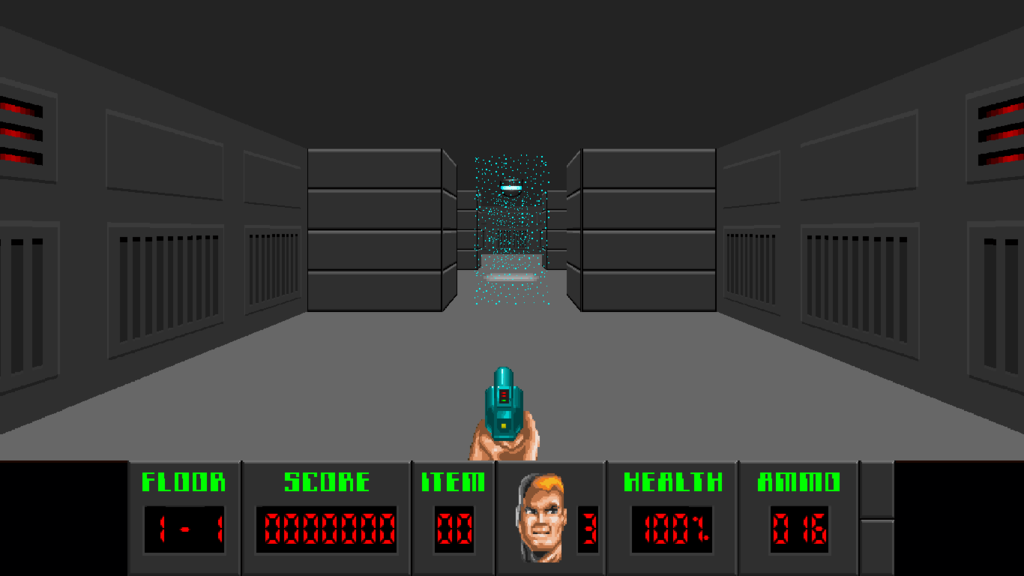 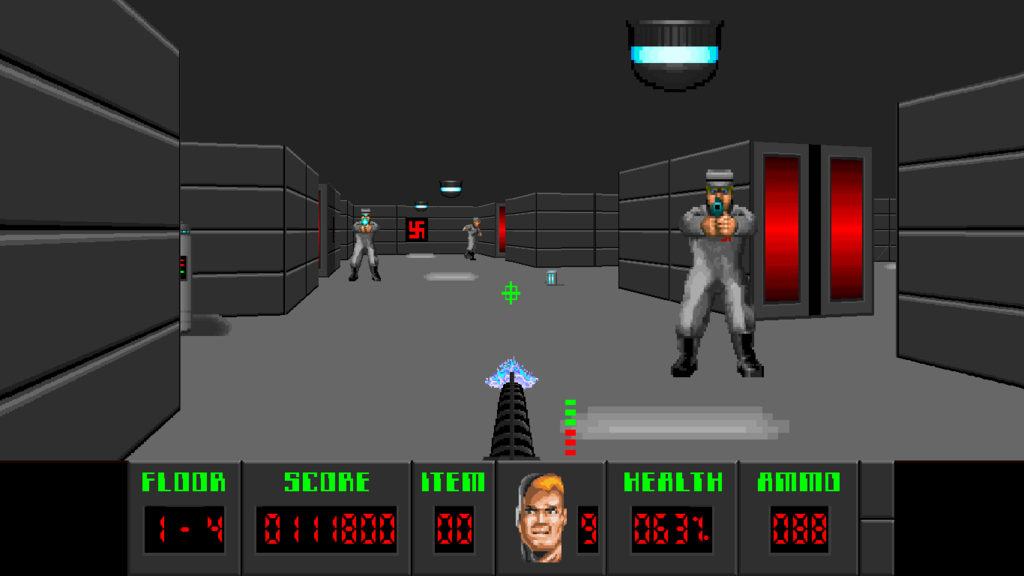 I have uploaded a seperate patch named "astrostein_fix_PC.  This version is slightly different, as it includes a few more files to
achieve compatibility with the PC version of Wolfenstein 3D!  This means you no longer require MacWolf to run this great mod!
This is kind of a big deal, since (as far as I can tell) this is the ONLY mod to achieve cross compatibility with both the Mac and PC versions of Wolfenstein! (Even if it's only slightly - the fact that you can literally just change a few things and load original Mac assets with the PC version is amazing. Thanks Blzut3!)
This will still require the dev versions, as it heavily relies on the Mac decorate codes, xlat, and ability to load Mac scenarios.

This still includes the original mod, ready to go, so you won't have to mess with any MacBinary shit at all if you don't want to!  Simply drag n' drop or run "ecwolf --file Astrostein.bin astrostein_fix_pc.pk3.  Even though this runs with the PC version, it is still prone to the bugs Blzut3 hasn't worked out of the Mac version yet, such as crashing at the end of the game. 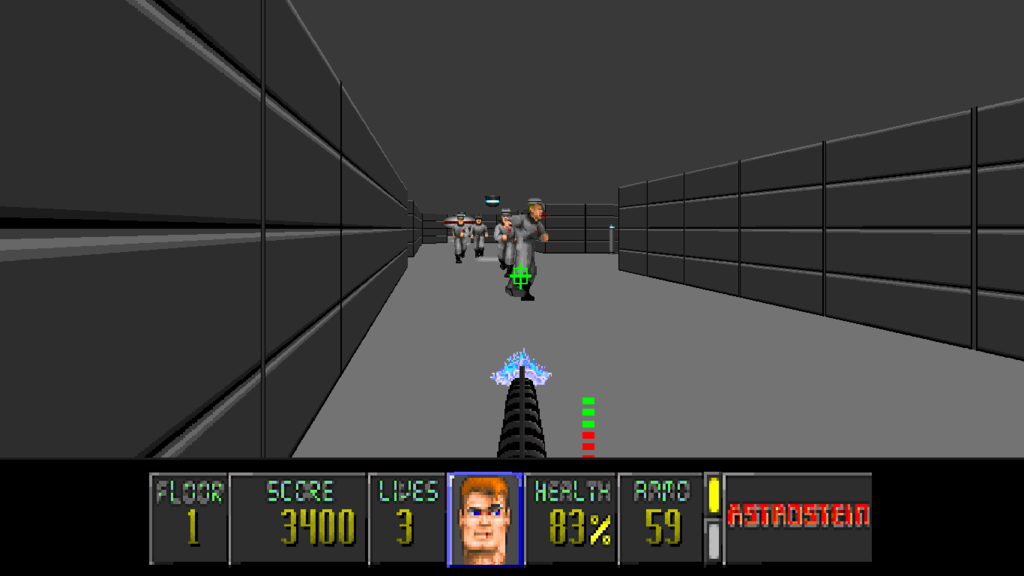