Here's quite a detailed account of what happened with 3D Realms 'Duke Nukem Forever'.

That was a good article Brian. But I didn't see it mention the latest....\

Duke Nukem Forever is back! It's going to be developed by Gearbox. The awesome developer who made Borderlands! So, Duke still has a chance!

Gearbox is a pretty good developer (having also made the Brothers in Arms games and Halo: CE for the pc), so I'm still looking forward to it. Duke Nukem 3D is one of my favorite games ever, so I will always look forward to a new DN-game.

On April 1st of this year at fileplanet.com, they said that they had the demo of Duke Nukem Forever. Then when you download the file and unzip it, it doesn't seem right. It's mostly sound effects including a lot of laughing. It was an April Fools' joke. I doubt if I'm going to post the file on my web page because it's about 900 megabytes.

Duke Nukem Forever will probably be out in 2011.
stathmk

Duke Nukem Forever is now released. I’m not taking the time to retype everything here, so here’s links to a forum for a different game where we were talking about Duke Nukem Forever:
http://z6.invisionfree.com/Dark_Castle_Forum/index.php?showtopic=1647
http://z6.invisionfree.com/Dark_Castle_Forum/index.php?showtopic=1742&st=0

Oh, I had almost forgotten. Duke Nukem is on level 69 of All This and Wolf 3D.
stathmk 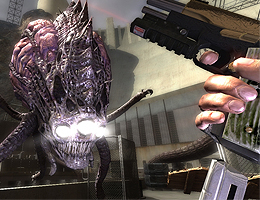 April Fools’ is this week.

I joke that Duke Nukem is a comedian impersonating a dirty, old, man.  He also is like a comic book character, in Apogee & 3D Realms, saved the world from space aliens, & apparently is on steroids that send the blood flow from his brain to his muscles!?

On April 1, 2009 or 2010, fileplanet.com had an April Fools’ prank file.  They had 2 Duke Nukem Forever demo or shareware screenshots.  One was of a brain alien thing & the other screenshot was Duke at a strip club.  It indicated that it’s 900 megabytes.  I was excited about downloading it.  I went to downloading it, & then it’s 21 or 22 megabytes all of sounds.  The file seemed to have been taken down the next day.  I have brought the file back here.

I remember that on somebody’s Youtube page & dukenukemforever.com, you get to shrink down Duke & drive a remote controlled jeep. 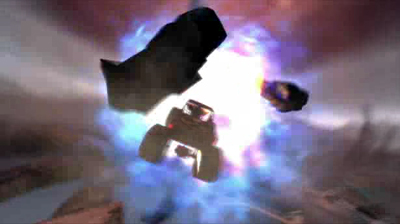