Announced May 15, 2015: If you like Apogee or 3D Realms games from the 1990s like Wolfenstein 3D, then they are having a sale on 10 Duke Nukem themed packages not including Duke Nukem Forever.  It's $24.99 now.  The Plutonium Pak or Atomic Edition is a patch that adds a fourth episode to Duke Nukem 3D.  Load Duke Nukem 3D from Steam and there’s a launcher for 5 games.
stathmk 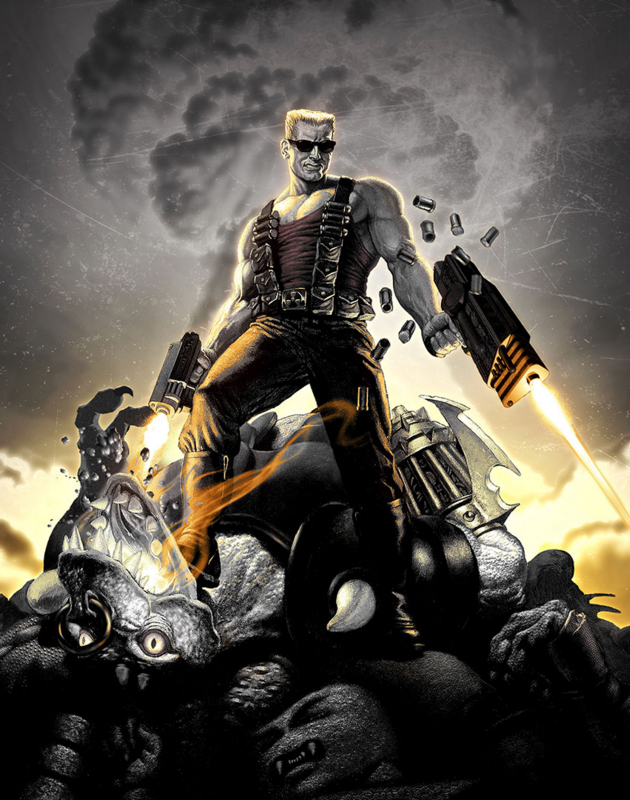 This was a 3DRealms game in 1996.  3DRealms was the company that Apogee transformed into.

According to http://store.steampowered.com/app/434050/ :
Frag like it’s 1996 – this time with even more asses to kick! Join the world’s greatest action hero in Duke Nukem 3D: 20th Anniversary World Tour as he saves Earth once again, kicking alien ass and saving babes across the globe along the way. Blast your way through hordes of ugly aliens in four classic Duke Nukem 3D episodes plus an additional ALL NEW FIFTH EPISODE from the game’s ORIGINAL EPISODE DESIGNERS with NEW MUSIC from the game’s ORIGINAL COMPOSER and NEW Duke Talk from the ORIGINAL VOICE of Duke Nukem.

I'm a little bit sorry that I didn't post this sooner.  My misunderstanding was that they'd start selling it on election day as their Vote Duke promotion.  I now think it's been on sale since October 11 for steampowered.com & October 18 at Gamestop.  It's available for PC, PS4, & XBox One.

I couldn't beat Duke Nukem 3D in 1996-1997 because I must have been doing something wrong.

Re: The Duke Nukem Platformer Pack