I come to you today with my barebones knowledge with something small and hacky but hopefully interesting to some; customizable strafe controls in core-Wolf4SDL. The idea is to bring another optional extra feature to the code that will hopefully open mods/Wolf4SDL in general to more people, particularly an audience that might prefer familiar control schemes. 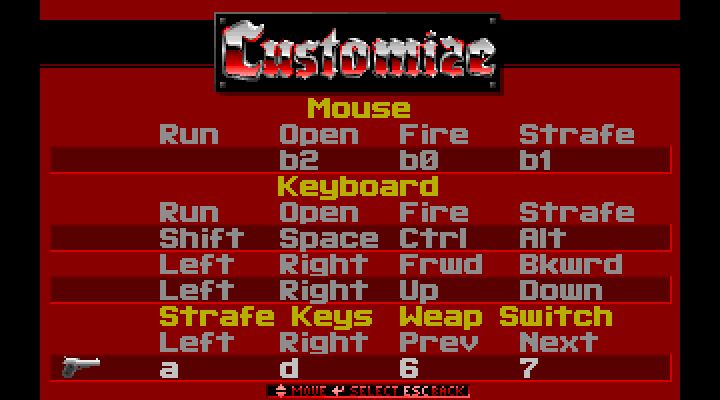 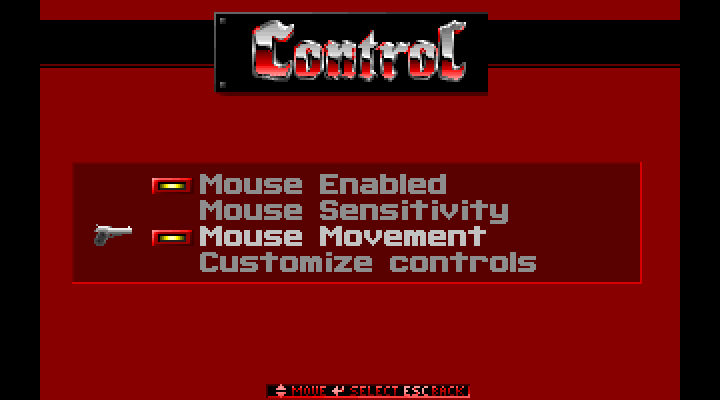 Instead of having options for the joystick, I've set it up to have options to rebind the strafe left and right buttons, as well as the next and previous weapon buttons (Though those could be changed to something else, I just didn't want to waste space).

You can also specifically disable mouse movement in the menu, so that it only controls turning.

In the code itself, everything is behind a #define, so that if you want to keep the classic Joystick/Keyboard controls, that is an option.

My code isn't 100% efficient and there is a lot I am not totally happy with, because I know it can be better but I personally lack the skillset. I'll be uploading the source shortly for people to mess with. I'll be posting further with one of the things I'm most unhappy with, but I welcome anyone to look at the code and come up with better solutions.

It would be much better if a more dynamic/better menu system were developed, but this tries to work within those current constraints.

I'd also be interested in how this changes level design for those that design around that control scheme, but that's more of a conceptual idea than anything else.

For those interested in at least testing my changes, here's the [url=http://wolf3d.net/files/wolf4sdlwasd.zip]executable files (For use with the WL6 files of Wolf3D)[/url].

I've uploaded the source code to a fork repository at https://github.com/Zombieskittles/Wolf4SDL-WASD

Hopefully this proves useful to people, or any issues can be identified.