Are you for or against death penalty?

Number of posts : 5119
Age : 27
Location : California, USA
Job : Investor
Hobbie : Computers, chess, computer chess, fashion, and philosophy
Message : I made this forum when I was 13

I'm curious if you guys have anything to say with regards to the death penalty? Do you think some crimes warrant death? But furthermore, do you think death is a copout to a life in prision, which could be better or worse? (And DO YOU think a life in prision is better than death?) Recently on the news, a man created a rukus on death row, and promises not to stop until he was killed - does this make the situations, assisted suicide rather than death penalty?


I personally don't care. I want money to stop being bleed out. In fact, it's probably cheaper to keep people off death row. But right now it's the worst possible combination. Not only are we paying for death row, we're not even killing anybody. Kill people, or don't. But either way, quit being a patzer about it and get it over with. Efficiency, folks. We want efficiency. 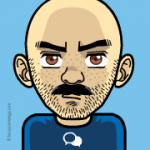 i am a firm believer of death penalty, although, it should be reserve for really really bad case