Everything there is to know about astronomy 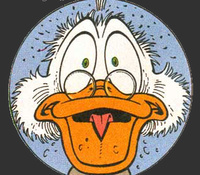 Everything there is to know about astronomy

What is Saturnian Cosmology?

To answer this, we must move back in time all the way to the 50s. Brought upon the world thanks to the sheer genius of unorthodox thinker Immanuel Velikovsky and his lifetime of research, and kept alive by brilliant men like Dwardu Cardona or Jno Cook, Saturnian Cosmology is a theory that explains the mythological record and ancient history of humanity in astrophysical terms. It introduces the concept of polar configuration - the simple idea that Saturn, identified as the main solar god of every single pantheon, lay in the center of the planetary system in recent millenia. As this configuration fell into disarray, the Earth was visited by major disasters that shaped its history. These facts are consistent with mythological and historical research and corroborated by modern scientific data.

What are the specifics?

In the best reconstruction so far, Saturn was the central illuminating body that sat nearly motionless in the heavens above the North Pole. Saturn was our original sun, a sub-brown dwarf star that itself came to orbit around our current sun. Depending on which Saturnian theorist you embrace, Saturn either carried with it, or recaptured the other solar planets in a sub and supra-polar conjunction, the planets strung out like beads on a piece of hanging twine, the whole edifice orbiting around the sun. Saturn was in the middle with Neptune above, then Uranus with its tippy axis at the topmost. According to Talbott, immediately below Saturn was Venus, then Mars, then Earth. Jno Cook, another Saturnian has Mercury in place of Venus, with Venus off to the side of Saturn connected by a curved plasma stream. This was the rib that Adam (Saturn) broke from his body to create Eve (Venus). Most Saturnians recognize that the super hot, electrified Venus was born out of Saturn through some unexplained eruption, and that sometime in its early existence Venus acted like a renegade comet. Immanuel Velikovsky thought that Venus emerged from Jupiter, but this appears to be in error according to most.

How do we know it's true?

The truth of Saturnian Cosmology is embedded into the mytho-historical record of the human species and revealed by life-long research by pioneering minds. To wit, we know that all of earthly mythologies share the idea of primordial, ageless darkness, and the light and the world emerging from said darkness. This represents the era when Saturn, the Earth and other planets were recently enveloped within a dense pseudo-nebular clouds of gas and dust. When the cloud dispersed, man was blessed with light and was finally able to start keeping time. Ever since, the main, often explicitly solar deity of every pantheon and every mythology can be unambiguously identified not as the Sun, like some modern mythologists mistakenly infer, but as Saturn. The reemergence of the planets from darkness was followed by a golden age which ended abruptly in cataclysm - another common point to mythologies worldwide. This represents the disintegration of the Saturnian polar configuration, during which the Earth has survived multiple close encounters with its nearest planetary neighbours thrown into chaotic orbits. The reflection of this event can be found in the historical record, namely events like the widespread collapse of civilization in the Bronze Age, or the Sea Peoples raiding shores of Egypt, presumably driven away from their own homes during these tumultuous times. The planets have since settled into their current stable orbits and the Earth has entered another age of relative peace, yet the future remains uncertain.