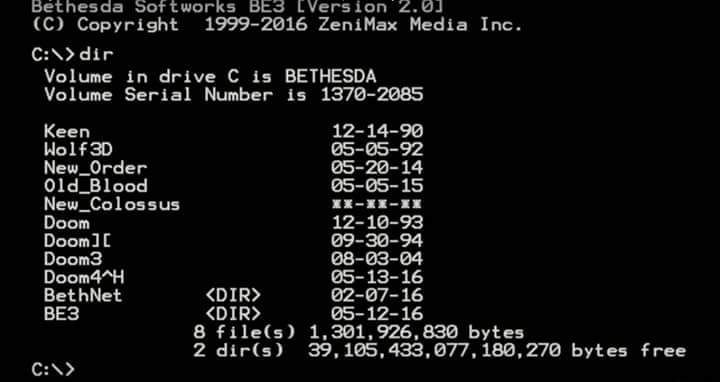 This screenshot is from the Doom Facebook group.  It originated from the June 12th online broadcast of the start of the Bethesda presentation at IGN E3 2016.  New_Colossus is listed with no release date in what would appear to be mock simulation of an MS-DOS PC circa 1994.

One of the guys on the Doom Facebook group posted, “So,i'll get straight to the point:Wolfenstein New Colossus.
I think bethesda is giving us a hint,but the question is who the hell could be the protagonist?”