Hello members! I am Pasztikor! I can't speak in English.
And that is why i used the Translater!
Because I can only speak in German. But I can understand English!
Mega Luigi 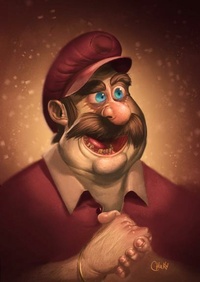 There was this guy around who used to plagiarize other people's stuff and who never listened to anything he was told. Let's call him Michael J., so that we can properly communicate. Or better, in fear that this is a dead giveaway, let's call him M. John.

So, M. John ultimately got banned from the forum for never admitting and/or learning with his mistakes. I know you won't believe it, but that guy, M. John, once registered here with a "cross over" account named Wolfer Software and tried to pretend he was someone else, like his ever-elusive brother David Wolfer. Together, they materialized the epitome of their malice using their faux naïf atitude, like the Incomprehensible Mission of Robert English, B.J's Roots and some other (hopefully) never to be seen watchamacallit, doohickeys, jobbyjobbers, thingos and thingamabobs.

I know what you're thinking right now: how (or why) did he think he would go unnoticed? I mean, it was obvious even for the highly trained monkey team hired to work on Shadow Genesis that he would never be able to impersonate someone else. You might think that this is because our monkey team uses very expensive suits and smoke cigars all the day, but I'm pretty sure any casual monkey team would find it obvious as well.

M. John also used to excuse himself using his personal disabilities all the time. The people in this forum are sympathetic towards that, though that has never been excuse for him to behave any way he wanted, such as saying he has no sparks of creativity or downing bottles of champagne at new year's.

M. John has left us for good now, he doesn't belong in this forum anymore. Although, lately, when I last talked to the Wise Old Sage of the Mountains, also known for living inside a nuclear fallout shelter, he prophetized that this guy was on the lamest quest for cheese he's ever been, and that he would probably attempt to use previous malice combos on the good people living here. The only problem (for him, at least), is that we are all Gold Saints with golden hearts here, and those strategies only work once (or maybe it never works at all?), so he is Doom

'ed from the start


Now, sorry for telling you all this, since you obviously have nothing to do with any of that, right?

. Welcome to the forums, and always be ready to compose a poem about your defeat!
stathmk

Who or what is a Pasztikor?  Anyways, Mega Luigi, can Dark_Wizzie & I contact you back another day about if this German has a Hungarian IP address?  It's 10:40 pm here & I'm too drowsy to check tonight or argue.
Mega Luigi

Sure, the drowsiness is a priority.
brickgolem 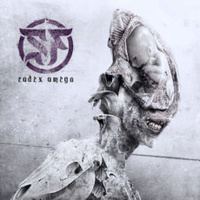 I did a minor search of "Pasztikor" on Google, and while I didn't find anything, the word "Pasztor" popped up as similar as Pasztikor. Pasz is very Hungarish, and Pasztor is a common surname of the Hungarian origin.

While it's not proof however, we'll better have an argus eye and suspiscion on him from now on.
Pasztikor

stathmk wrote:Who or what is a Pasztikor?  Anyways, Mega Luigi, can Dark_Wizzie & I contact you back another day about if this German has a Hungarian IP address?  It's 10:40 pm here & I'm too drowsy to check tonight or argue.

Sorry for confusing all of you about this..
But you see it's true!
I do come from Germany but in time i have moved to Hungary!
That's why you see that IP address!

Actually lot people from germany are moving to hungary from what i noticed among people i know =p
Write something in german, might help you communicate with forum.

I don’t want him wasting my time & his time.

Officer-Michael John plagiarizes, doesn’t learn English, doesn’t listen, is confusing, apparently has dyslexia, & is counterproductive.  What he’s doing isn’t funny, isn’t cute, & is more than annoying.  I’m not going to try to reason with him because I don’t know how productive it will be.  I don’t want him wasting my time & his time.

Edit on September 30, 2020:  The 2 emails are now deleted from my post by me.  I don't think that either should be listed where they can be viewed by the public anymore.

stathmk wrote:Officer-Michael John plagiarizes, doesn’t learn English, doesn’t listen, is confusing, apparently has dyslexia, & is counterproductive.  What he’s doing isn’t funny, isn’t cute, & is more than annoying.  I’m not going to try to reason with him because I don’t know how productive it will be.  I don’t want him wasting my time & his time.

Edit on September 30, 2020:  The 2 emails are now deleted from my post by me.  I don't think that either should be listed where they can be viewed by the public anymore.

Yeah, I agree with everything you said. All I can say about this is: good riddance.

It's even funny that he tried to do the same thing again, actually. Curiously that happened once he ran out of places to ask people for help (or asking them to do his dirty work, in that case). Not only that, but this also shows he hasn't learned a thing during all this time. Maybe even unlearned.

I wonder who he asked to compose his last post, since it's pretty obvious it wasn't him.

EDIT: Another thing I forgot to mention: even if this was his brother/(imaginary)friend, it must be noted how he pretended he didn't know MJ at all. I guess this could only mean some evil criminal of doom invaded his house and is using his computer to create lies and sow the seeds hatred all over.

I know it was Officer-Michael John typing this first post on this thread because about an hour ago, he messaged me on Facebook even though he & I aren’t friends.  The message was dopey, he complained, & he said that he blocked me from his forum.  I was turned off by his forum a long time ago.  So I didn’t respond to him.  He's just a brat wasting our time.
Mario Maniac 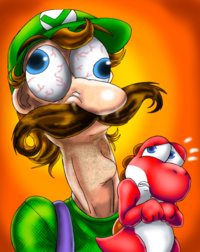 Mario Maniac
Can I Play, Daddy?

He publicly announced in his forum about stath's ban. Oh well...

I find interesting how he thinks we know what in his head when complaining about his non-working codes, and don't provide any details about what he wants and what's happening. And, at the same time, he thinks we don't know who he is by creating this fake account... again.
I can understand his difficulties, but the fact he chooses to ignore warnings when it's convenient, and the repeated recurring to lies is just awful. I said in the previous thread he enjoyed disappearing for some time when he was scolded, before trying something again. If he does that, he knows that he is wrong. But here it is again, fourth time already.
Until he admits his fault and effectively try to change, well...

Actually, OMJ didn't only ban stath in his forum. OMJ bans himself out of our society world...

His forum looks like a ghost mansion, meaning almost every messages in every threads is written by none other than himself. Allthough I've spotted an another member named Ferir987, which he claim is his friend, it's possible that Ferir987 is an another pseudonym of OMJ or a ghost that he's speaking too. What I find it most hilarious is one of the thread where everyone liked his forum, two members upvoted the forum, with the name: Officer Michael-Jordan and Officer Michael-Jackson. Plus avatar pics of those two celebs. Guess three times who's behind the Space Jam and Wacko Jacko aliases...

With that said, one thing I noticed a while ago, is why OMJ state himself as a moderator. It's because he wants to create a status, showing us that a moderator is higher ranking than other members in the forum, and do what he wants unpunished. And he's more obnoxious than Bubsy the Bobcat by his behavior. Low move.

However, OMJ should be glad that thing's not getting worse. He should be glad that he's not mentioned in "Crappy Games Wiki", where terrible games and terrible gaming moments is described there. He should even be more glad that he's not caught under a magnifying glass by "DXfan619", one of Youtube's game reviewer of extremly bad games, animes and movies. This guy speaks from his liver, and if DX had played OMJ's crappy mods, well, OMJ's mods would definetaly get...

I think that I know practically nothing about this Bubsy the Bobcat that you mentioned.  I haven't heard of Crappy Games Wiki, DXfan619, or Digital Homicide Studios.

I find Officer-Michael John disheartening.  Some people like him just waste time.
Dark_wizzie

Number of posts : 5119
Age : 28
Location : California, USA
Job : Investor
Hobbie : Computers, chess, computer chess, fashion, and philosophy
Message : I made this forum when I was 13

Got an email from him and promptly deleted it. It's mindblowing that all of this needs to happen. It's like I'm in an insane asylum.

I took a look at his own forum and it appears he has his multiple accounts over there and talks to himself to make it look like it's getting activity.  There aren't many posts there that aren't one of his accounts.
Guest

Oh for Heaven's sakes, Chris, you are not a 13-year-old girl as your profile says.  It's creepy when a full grown man pretends to be a teenage girl on the internet.

Don’t work with Officer-Michael John on a mod because working with him would be counterproductive.

Please find a Wolf3D Haven account username & stick with it.  Don’t deactivate it.  Please stop making catphishing accounts like Therefore & Jessica Albert just to delete them.  Please stop deleting your posts just to say Hi to somebody.  When there’s a new account, I have to figure out if it’s you, Officer-Michael John, or somebody else.  It’s annoying if I have to figure out if it’s you or Officer-Michael John.  Please, can you stop making new accounts just to delete them since it’s immature, confusing, unhelpful, not funny, & not cute.  This is getting out of hand.

To answer your question, yes this is the mutant avatar included with the DOS "All This And Wolf 3D."
brickgolem

@Mega Luigi wrote:
I wonder who he asked to compose his last post, since it's pretty obvious it wasn't him.

It may possible be the banned member's best friend ferir987 (his name is possibly Jonathen Draken Brown, since his profilepicture on the Facebook is the same as ferir's avatar picture). He mostly acted like a warmonger on their forum and tempted the banned member to return back with a different account and to teach us a lesson.