Issue from September 1976: The Untold Origin of The Justice Society 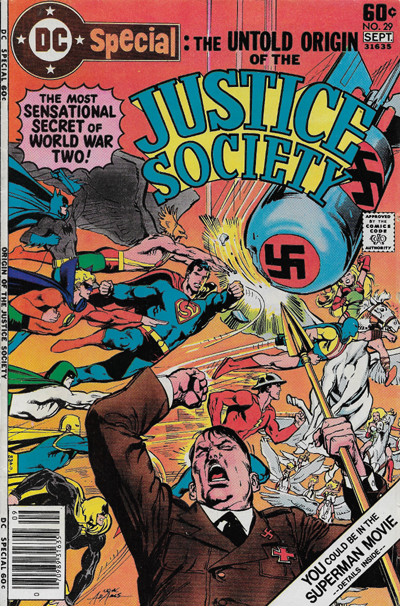 I have a great-uncle that said that Superman & other comic books were violent for the time & used propaganda against Hitler & Stalin.  Apparently the comic book authors thought that they could be right about Hitler or Stalin for the wrong reasons?

Do you have a question or comment here after reading the comic book?