WASD + weapon keys config for Wolf4SDL (and most Wolf4SDL Mods)

WASD + weapon keys config for Wolf4SDL (and most Wolf4SDL Mods)

Simple guide how to get additional controls (WASD, weapon binds, pause key) for Wolf4SDL. You still have to live with the y-axis movement of the mouse but that shouldn't be a problem if you got a stable hand.

You only have to edit the config.wl6 file with a hex editor. It takes less than a minute if you have a hex editor already installed.

You can also try this pre-made config.wl6 for Wolf4SDL 1.7 which features WSAD, Q = next weapon, R = previous weapon
mediafire.com/file/98nx93zgd5o6la9/config.wl6/file

If you know how to edit files you can also just jump to step 6. 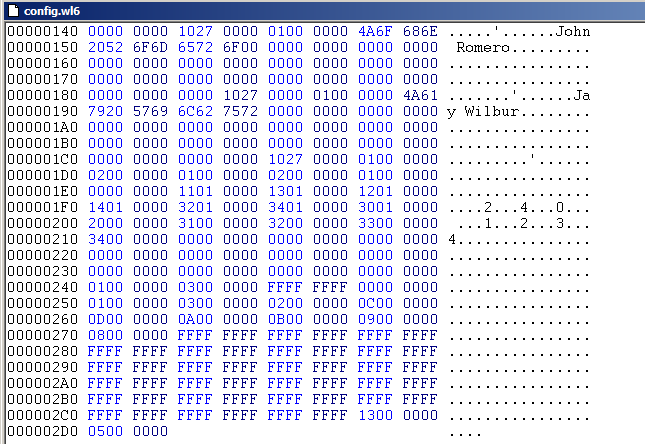 3. Change some keys in the menu and quit after 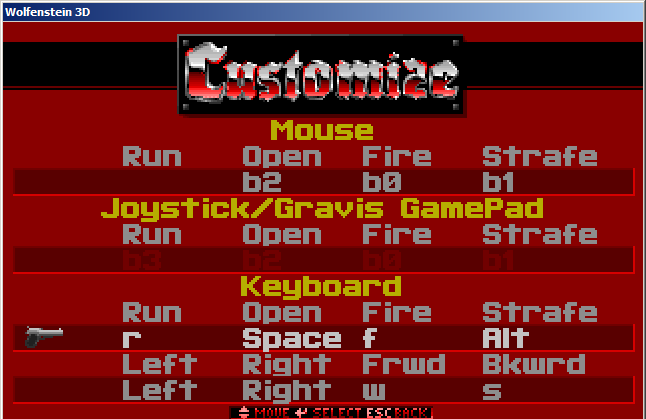 4. If you reopen the file you should see something like this now 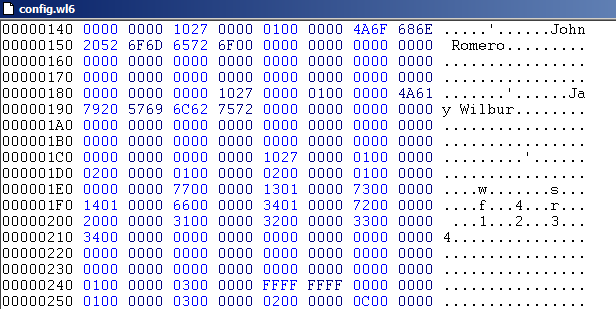 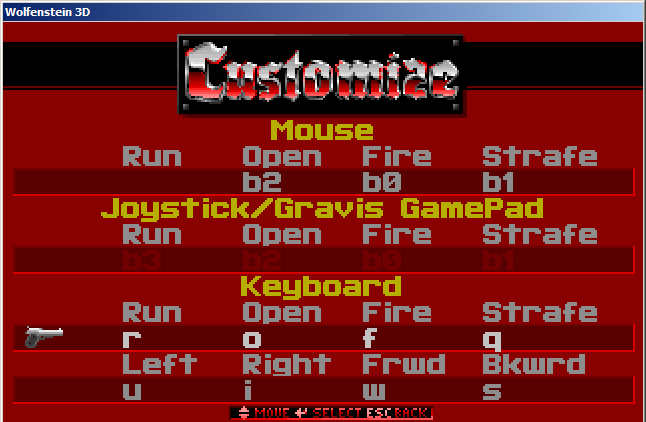 You can edit the movement and weapon binds as you like. Make sure you edit the exact same spots after the last weapon bind (chaingun) as seen on the screen. If you change something in the game menu it won't overwrite your new extra keys.

If you just want strafe left/right keys (h and k) and nothing else:

Mods should have the same pattern between the keys but if anything goes wrong you can always delete the config and create a new one.

7. Mods with changes. Maybe a mod has 6 weapon keys. Keep the same pattern and you might get something like this:

and rest being the default controls.

This should work for 99% of Wolf4SDL mods but there can be always some differences due to source edits. Some mods have extra weapon keys so you have to count the same steps after the last weapon. Some have maybe other keys. Maybe some mods removed the strafe keys totally and it won't work at all.

You can find my boring config hack also written by a Zombie on this nice Wolf3D News site http://wolf3d.morezombies.net/guides/mods-with-strafe/
Maybe his words make it more clear what i was actually doing. Anyways, make sure to check out the site for all the news and mods : P
Princess Peach

Re: WASD + weapon keys config for Wolf4SDL (and most Wolf4SDL Mods)

ECWolf fans rejoice! Now all Wolf4SDL needs is a website