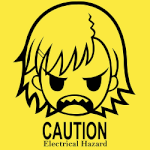 ,
i just finished my fifth mod and it's called Nocturnal - iLOW3d.

So what is Nocturnal - iLOW3d? Yap, this is the sequel of my previous mod called Trilogy - iLOW3D with many new feature like:

Basically it is just old-school type mod but it challenging! so just give it a try!

You can get it HERE .

very good mother! but what does iLOW mean, a new Apple product?

I just update the mod, so you guys can download it again. If there are bug, comments, or anything just reply this topic or email me!

Again, I just update the mod, fixed minor bug and including new EXE. If there are bug, comments, or anything just reply this topic or email me!

And again, i update the mod, fixed some minor bugs and including missing demo files in the zip.

And again, i update the mod, fixed menu bug. (Thanks to ronwolf1705 and Tricob).

Before using the new EXE, BACKUP ALL the data. I'm afraid it won't work with your savegame files.

Ok, I updated the mod again (The EXE and Vga files), and relative big update this time. The update note included in both the text file and my first post. Again backup your data to prevent old save game error (Sometimes the old save game don't support new EXE).

Do you want your February 2015 file of "Nocturnal - iLOW3D" saved overtop of the outdated .zip file at The Wolfenstein 3D Dome?  Do you want me to send this to the Wolfenstein 3D Vault?  It's going to be Barry's new Wolfenstein web site with hundreds of mods.  I'll patiently wait a response.

I closed about 20 Google Chrome Windows.  Then I closed all the other Windows, upgraded to Winzip 21, unzipped the files again, restarted the computer, & both SDL files are working now.  Disregard my previous post.
Sponsored content

» Toonstruck 2 will be released if you want it bad enough!
» Nocturnal Eye Charm?
» Perfect 2015 books are released !
» Les Miserables is now freeware (and A Tale of Two Cities is now released)
» Jonathon Boakes and The Last Crown
Current date/time is Sat Jan 18, 2020 12:59 am