I still remember when this was first announced 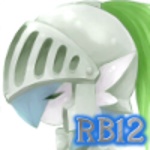 Wait a min....Is he Still around? Holy....
luke skywalker

Yes I have a returned from the dark side :-) .... release some more screen shots this weekend
Richter Belmont

doper wrote:Yes I have a returned from the dark side :-) .... release some more screen shots this weekend

That's awesome...You have Dissapeared for a very long time I really liked your Area 51 mod
WLHack

This is really good news... More things for me to look forward to.

Hammer: I can see it now: you and the moon - wear a necktie so I'll know you.
Building a new webpage...
Thomas

This is awesome news. Luke Strauman's mods are some of the ground stones for this community. I'm really psyched to see Arctic Wolf up and running again. Will this be in SDL? Either way... Welcome back. A lot of things have changed! It's been so long, that I remember another project named "Arctic Wolf"-something was in the works (2009-ish I think) by an Australian named Architect. That one looked pretty amazing as well. But it's always nice to see the original creator with the original product.

Once I have it released hoping {Nov/Dec} old school mode i will convert to SDL. I still have the original source, maps and graphics for Area 51 my goal is to finish all my OLD mods including Sorcerers Wrath by the end 2014.
Thomas

Ha-ha, that sounds great! It's funny how Wolf is just nestled within this little pocket in time. You can always go back...

... I always wondered about Himmler's SS. I remember the "outdoor" level (the one with the light blue ceiling, streetlights and whatnot)... If ever (do not take this seriously, Luke! I'm sorry) you get around to do an SDL edition of that one (though it was finished) would you rather add actual outside atmosphere with skies and the whole bit or just keep it as it is? Would it kill the charm? I don't know. And that Project Esiam thing. I remember playing this and for some reason it broke down in level 3 or 4 or something. But I loved it. I also loved something you did which had a level 666. Nasty stuff indeed!
luke skywalker

ya not going to deny it those games were shit lol, Himmler's SS i really enjoyed doing at the time, thinking outside of the box and limitations at the time with the wolf engine were not helping. But majority of it, I was just a inexperienced game developer at the time lol
Thomas

For its time it certainly was great. It's like that with countless mods. Either way, they were some of the early ones and were important for the development of Wolf modding IMO. You and Nate Smith paved the way with the graphics you used... They were used in oodles of mods thereafter.
Sponsored content

» trading bear or hammer brute for wolf
» If you wonder what si better: bear or wolf - check here
» A Stroke of Fate: Operation Valkyrie
» Check out the WWF Gray Wolf
» Camping in 40 below zero
Current date/time is Sat Jan 18, 2020 12:36 am